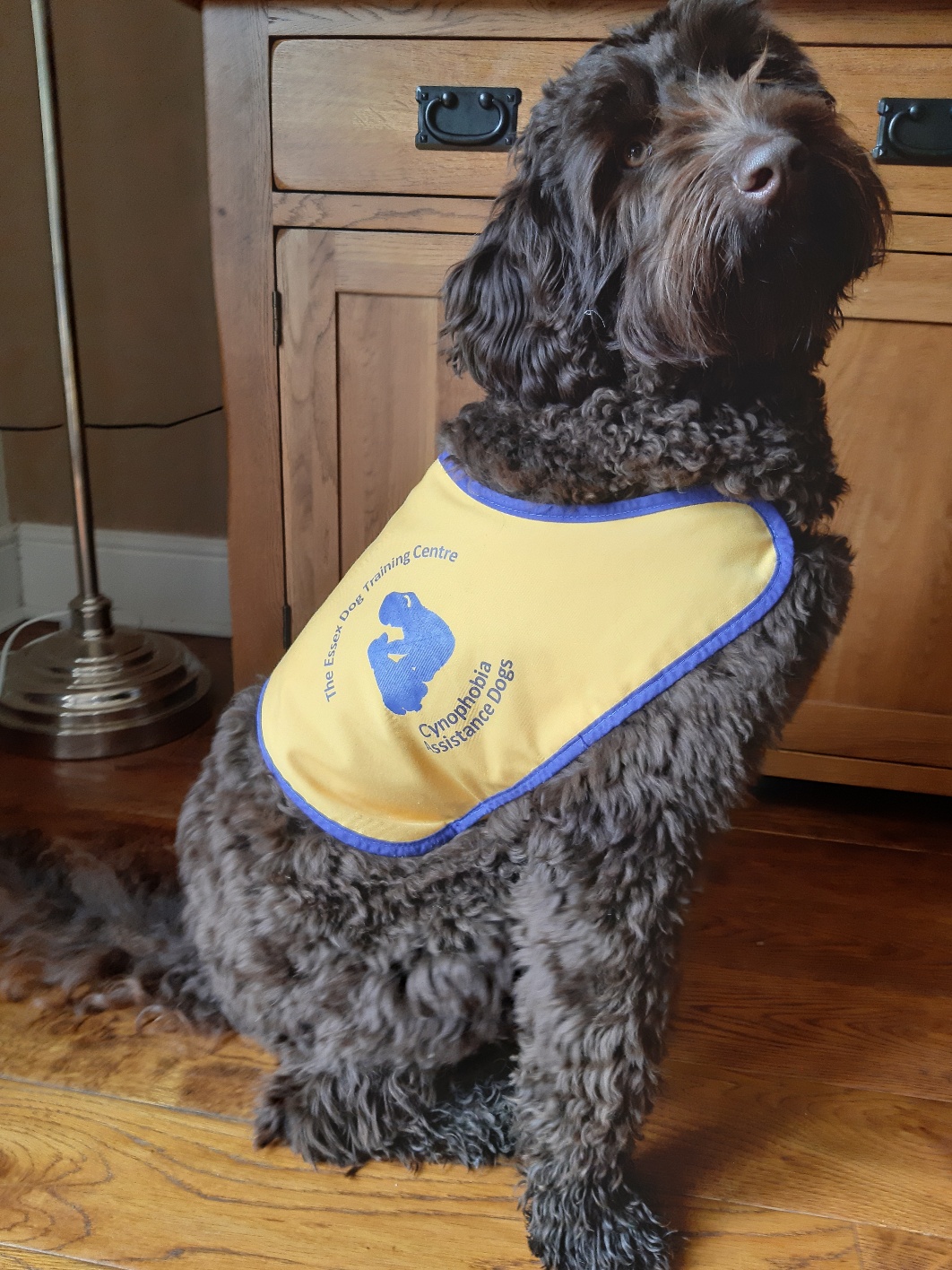 Cooper was one of our class winners in the Wylies Fur-tual Pet Show.  He clearly had a story to tell and so we have chosen him as our very first Little Hero.  Here is his story

Cooper is a two-year Australian Labradoodle.

As a puppy, his owners chose to take him to the Essex Dog Training Centre in Brentwood, where he began a program of socialization and basic training.

His progress was steady and because of his outstanding friendly temperament, much to the delight of his very proud owners, it was suggested by the Centres Chief Instructor that he should, at the age of only one,  be put forward to be assessed as a possible Cynophobia Assistance dog.

On passing the first stage of the assessment of meet and greet with children and other dogs with flying colours, Copper’s owners were offered the opportunity of putting him through the prestigious and unique assessment procedure of over twenty testing exercises which he would have to pass to receive the much sort after title of Cynophobia Assistance Dog.

On entering the very last part of the assessment, it was very clear to the three judges that Cooper had done incredibly well in all of the other nineteen exercises and at this point he was given the rare and unanimous pass mark of 100% clear with no faults!

This incredible training means that Copper can help children to overcome their morbid and terrifying fear of dogs, animals and related objects. all of which had a devastating effect on the on them and their families’ everyday lives.

Cooper, along with twelve other assistance dogs in the team have been responsible for completely changing the lives of many fearful children by close contact desensitisation, confidence boosting all of which increased their schooling achievements and a hugely improved lifestyle, with parents stating that amazing dogs like Cooper have changed their lives completely.

Since that day Cooper has gone on to become an incredibly popular and much-loved character of the many, many children that have attended the classes from throughout the UK and abroad and as far away as the USA and Panama.

As if all of that wasn’t incredible enough, Cooper appeared on Blue Peter last year, he likes to ride on the back of a back and tandem, he also enjoys being pushed in a wheelbarrow, having a piggyback, is currently learning to ride a skateboard and loves dressing up

We train throughout the week and he enjoys the agility at the training centre and his daily walks.

He is a great family pet and a people’s dog.  A true all-rounder.