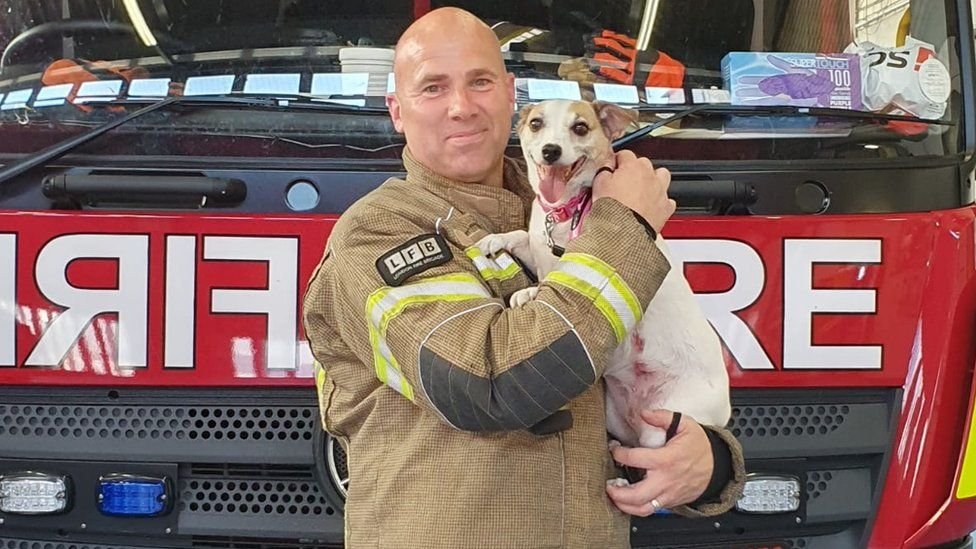 This week we have chosen Millie the 9-year-old Jack Russell Terrier, maybe the luckiest dog around to be our Little Hero.

In July 2020, Firefighters were called to a flat fire in Newham and found a woman being treated outside by paramedics but learned that her Jack Russell was missing.

Lead firefighter Jamie Trew found Millie lying apparently "lifeless" under a bed. She was given oxygen and water and came to after 10 minutes.

Millie needed a safe place to stay and to recover and Jamie and his wife Bonnie volunteered to be her foster carers. It’s not every day you go to work and come home with a dog!

Millie did need to have treatment after the fire naturally and was lovingly taken care of by the PDSA during that time. Not only were her injuries physical but they were also phycological. Millie is understandably quite a timid little dog but with gentle kindness, love and patience Millie began to recover and to begin enjoying life again.

She has been on her first beach holiday, she has another family member that she gets on really well with, a Tortoise called Tank. She also has a cat friend next door who she loves and doesn’t bark at. Almost a miracle for a Terrier!

She adores snuggles and cuddles and has decided that a cup of tea is just about the best thing ever and will actually sit up and beg for one!

By mutual agreement and because Millie was so happy and settled, it was decided that she would stay with her foster family and make that her forever home.

We love a story with a happy ending, and this just proves that even during the toughest of times there is hope.