Does BOAS affect your dog? 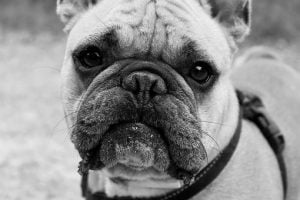 Boas is an acronym that refers to Brachycephalic Obstructive Airway Syndrome.

The most distinctive feature of these animals are their short muzzles and particularly their disproportionately short upper jaw. Extreme brachycephalic features can result in dogs that suffer from upper airway obstruction and difficulty breathing, especially when exercising or if they are stressed or hot. The respiratory disease related to brachycephalic confirmation is called Brachycephalic Obstructive Airway Syndrome (BOAS).

Noise while breathing, such as snoring and snorting are indicators of airway obstruction. Dogs with normal upper airways usually breathe quietly.

BOAS-affected dogs can present with different types of noise, depending on where the obstruction in their airway is.

Some BOAS-affected dogs only have respiratory noises when they are excited, playing, exercising, eating/drinking or under stress.

Other signs of BOAS may include heat intolerance and dogs that get tired very quickly and are constantly panting, or dogs that frequently bring up their food, especially when they are excited or playing.

Some dogs with severe BOAS may show cyanosis (bluish/purple discolouration of their gums and tongue) or collapse.

The anatomical features of brachycephalic dogs that lead to the obstruction or narrowing of their upper airways include:

Stenotic nares – this is a marked narrowing of the nostrils that can limit their ability to breathe through their noses and greatly increase the amount of effort involved in trying to breathe in.

Over-long soft palate – the bony hard palate of brachycephalic dogs is shortened with the upper jaw, however the soft tissue structures and especially the soft palate is over-long in proportion and often also thickened. This creates a significant obstruction to breathing in the back of the throat. The soft palate often gets sucked into the larynx. Besides causing a lot of loud throaty noise and snoring, it can also cause severe and sometimes fatal obstruction of the airway. This is often seen is animals when they are stressed or over-heating.

Everted laryngeal saccules and laryngeal collapse – in more advanced and severe cases of BOAS the laryngeal saccules become everted, causing further obstruction of the airway. Eventually the cartilage structures of the larynx lose their rigidity and are drawn into the opening of the wind pipe.

In mild cases of BOAS, the condition can be managed by keeping the dogs weight down and preventing over-heating. Obesity is significantly associated with BOAS and fatty tissue in the airway can further narrow the air passages.

It is recommended not to exercise these dogs on hot summer days and to avoid hot environments or situations that can cause stress or too much excitement.

The most common surgical procedures are:

* Wedge resections of the nostrils to open the stenotic nares.

These surgical interventions can make a massive difference in the quality of life of these dogs and the younger they are when the surgery is performed, the longer lasting the effects and improvement and the more further deterioration can be reduced.

If you have a brachycephalic breed of dog, it is important to have him or her assessed for the presence of BOAS to discuss detection and management of respiratory obstruction and to have corrective surgery early, if indicated.