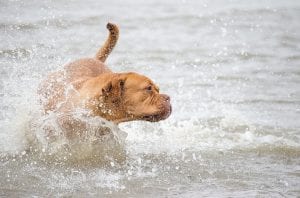 As the temperature is set to get hotter, below are some top tips on how to help your pets keep cool through the summer months.

It may sound obvious but make sure your pet has plenty of shade. Standing in the direct sunlight in a fur coat isn’t fun. Cats will often sit in the sun and then move when they get too hot to lay under a bush or tree. Indoor cats may need blinds or curtains pulled so that there is a shaded area indoors and this keeps the room that they are in cooler. Small furries such as rabbits and guinea pigs may start the day in the shade but as the sun moves during the course of the day, may find themselves in direct sunlight. Direct sunlight on hutches or outdoor runs is like being in an oven! Putting their runs/hutches under a gazebo or moving their run out of the sunlight will help provide them with adequate shade.

Dogs will continue to run around a garden in the hot weather and are unable to make the decision ‘It’s now time to stop. I’m boiling!’ Not playing games such as fetch in the middle of the day and keeping games to short sessions only the rest of the time will help. Bring dogs indoors out of the sunlight particularly during the hottest part of the day as not all dogs will choose to sit under a tree!

This can be used for so much more than just drinking. Wetting the run area before putting rabbits and guinea pigs outside helps cool it especially if your rabbit/guinea pigs run has a pathed area. Pavement and concrete can get particularly hot, the same goes for using water on the outside of rabbit hutches and enclosures to bring the temperature down. Rabbits also quite like a frozen bottle of water to sit next to or play with. Although icy water might appeal to us when it’s hot, in general dogs actually prefer drinking water that is room temperature, although there is always the exceptions to the rule as some dogs love to crunch an ice cube! Re-freshing their water bowl more regularly will encourage dogs to drink.  Some people never see cats drink and quite often they prefer to drink out of next doors pond! It’s very difficult to actually encourage cats to drink as they fairly independent when it comes to this however, Cats like to drink from running water, so water fountains work really well for them.

Many dogs also enjoy playing in the water and going for a swim, this must always be supervised and for short sessions at a time. In rare cases dogs can suffer with water toxicity, this is caused when dogs take in more water than they can actually get rid of. This causes their electrolyte levels to drop causing their organs and tissues surrounding them to swell, this includes their brain too.

Symptoms of water Toxicity include

As we said this is a rare condition but one to certainly be aware of. Dogs that pose most at risk are those that play in pools and lakes, especially with a ball or a toy as they will be taking in water while they fetch the ball. Dogs that ‘bite’ the water coming from a hose or sprinklers for prolonged times will take in larger volumes of water.

Dogs that enjoy playing in water still can do but…

When its warm outside these coats are a god send! There are several different types of cooling jackets for dogs, some have gel packs that are activated by water and stay cold for up to 5 days, however these jackets can be quite bulky, others have no gel packs but are made synthetic material. They need to be immersed in water, then squeezed out. The coat will feel cool not wet and draws excess heat away from the dog making them feel cool. Coats like this can keep your dog cool for up to 4 hours.

These work under the same principles as the cooling jackets, they are mats that are designed to keep the dogs cool when they are laying down. Similar to the cooling jackets, some have gel inside them and once wet they stay cool for several days they remain typical 5 to 10 degrees cooler than room temperature. There are also cooling mats made from synthetic material that will need to be immersed in water then squeezed out for them to be used and others that are weight activated, so once the dog sits on the mat it starts cooling the patient down, these typically last around 3 hours.

These are fantastic for all pets, many dogs will enjoying sitting in front of a fan and these can be made cooler by using cool water or a cool cloth in front of the fan ton increase circulating cooler air. Cats are very hit and miss some will enjoy the breeze others will tend to move away from it, although as stated early cats are much more likely to self-regulate and when they feel too hot will simply move themselves to a cooler area. Rabbit are also keen on a fan believe it or not, many will actually sit in front of it!

If you are concerned about your pet in the hot weather or worried they are suffering from heat stroke please contact The Wylie Veterinary Centre urgently on 01708 251200, we are here 24 hours a day